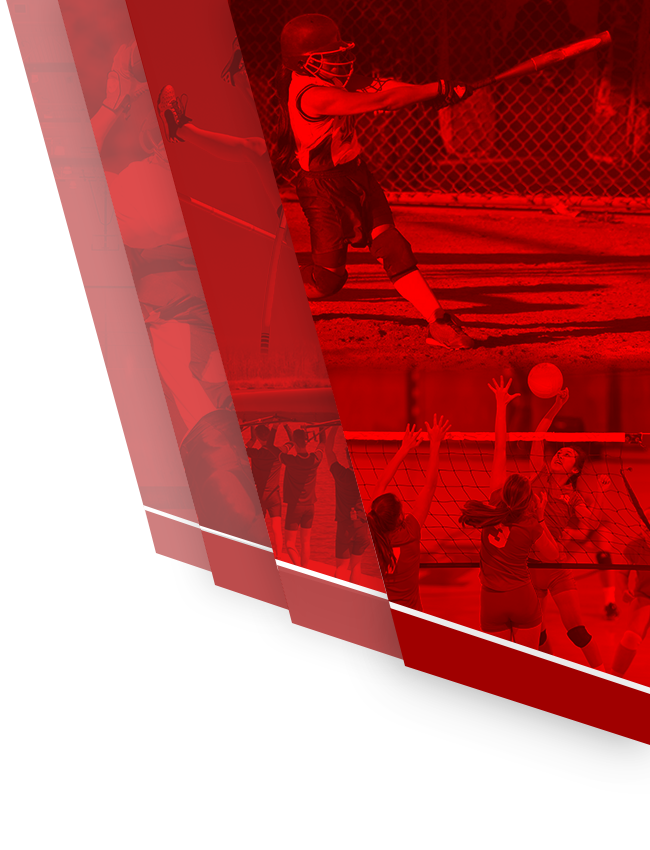 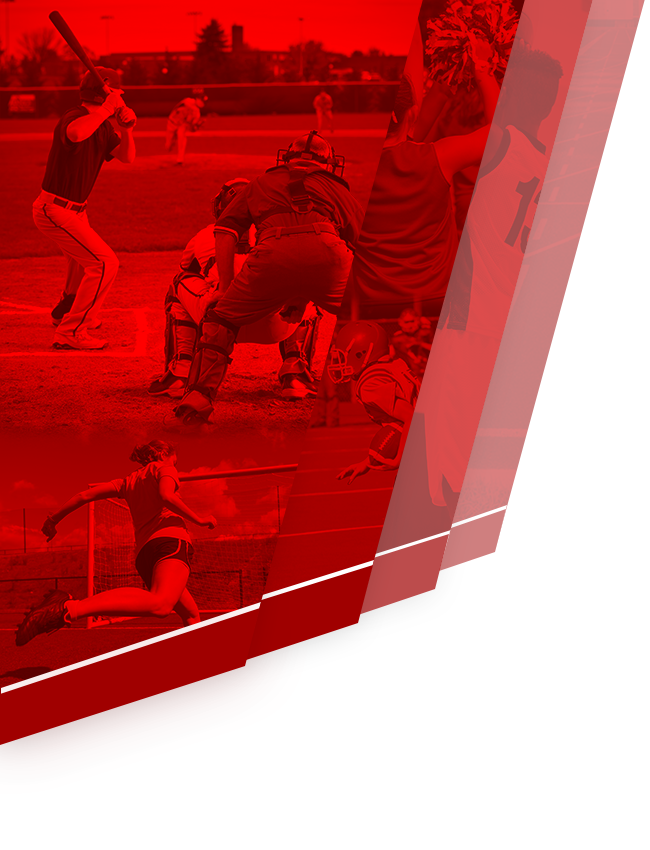 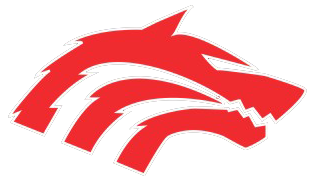 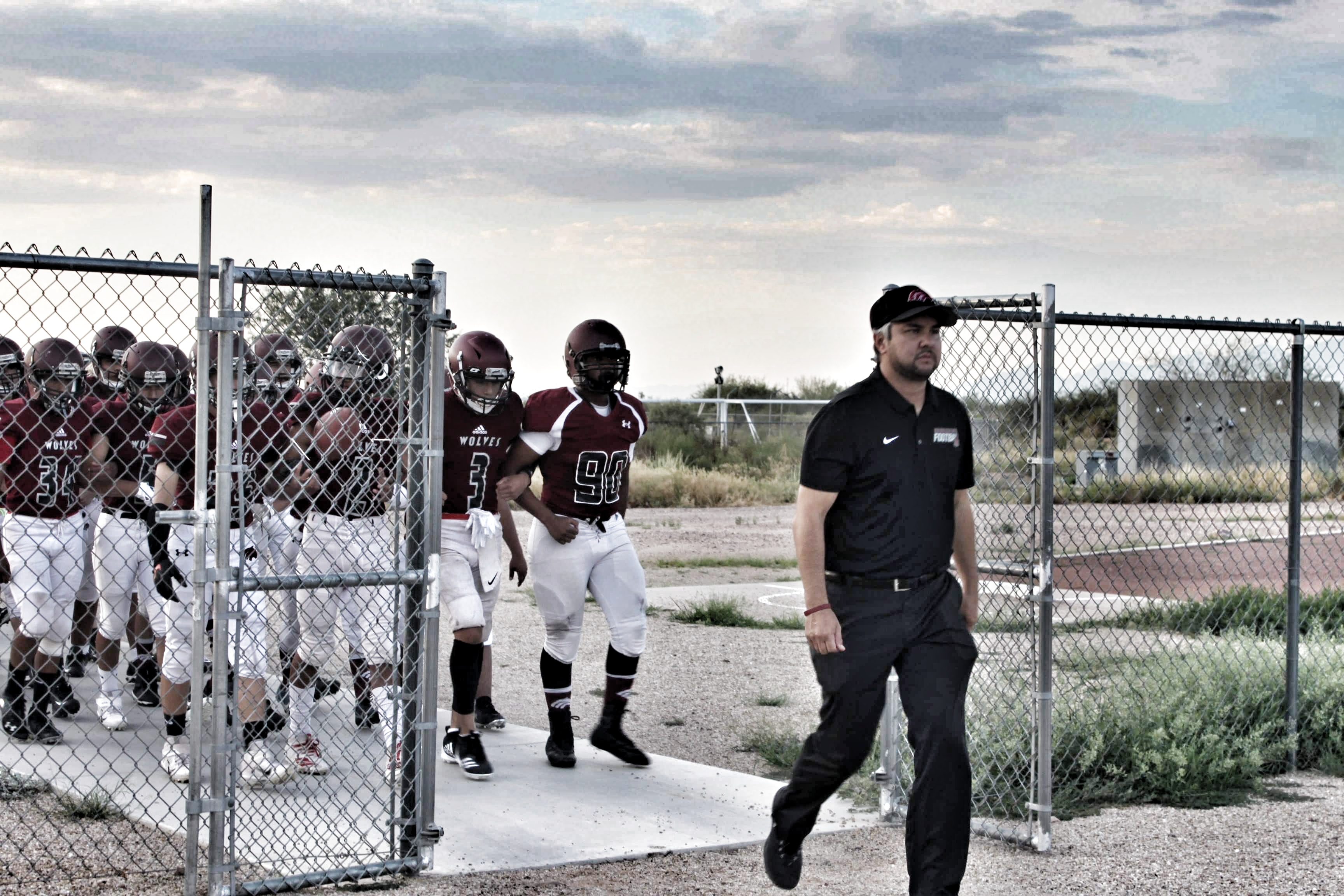 On Thursday, the Walden Grove Freshman football team kicked off the season against the Buena High School Colts from Sierra Vista.  This is the second year under the coaching staff of head coach Carl Nelson, defensive coordinator Brian Armstrong, special teams coordinator Phil Steele and quality control of Micheal Clepper.  The Red Wolves looked to avenge the 24-7 loss from a year before.

“Last year, Buena came out and ran us over and over” said head coach Nelson.  “Our goal for this year was not let a repeat of our 0-2 record from last year.”  When asked about the preparation for the game coach Nelson said in his typical ‘coach-speak’:  “we have to get better at fundamentals earlier.  I created two goals for this year.  We will know how to tackle and how to block before the first game.  We are going to work on these skills everyday.”

Walden Grove received the kickoff to start the season and on 7 straight runs from scrimmage the Red Wolves offense stalled on the Buena 30 yard line.  Injury to the Walden Grove lead tailback, Christian Gallardo, hurt the Walden offense for the remainder of the night.  “We could not run the ball consistently after our first drive” said running back coach Michael Clepper.

After a few more exchanges between the Buena Colts and the Walden Grove freshmen, Buena scored on a Mike Avelar interception.  “I will be honest, you never want the opponent to score first.  We were deflated and down but there was no way that I was going to let the loss of momentum be the end of the game in the first quarter” Nelson recalled.

Going into the second quarter the Walden Grove offense continued to sputter until the offense went vertical.  Mike Avelar hit two two-straight vertical targets to get the Red Wolves on the board.  Bolstered by team captain Marcos Headley, the Red Wolves were able to keep Avelar clean for the drive which ultimately put Co-Captain and lead Wide Receiver Angel Gonzalez for the first score of the season.  Along with Headley, Cameron Sefcik, Chucky Dunlap, Andrew Garcia, and Denzel Haynes all did a great job opening up wholes and protecting the quarterback.  Edmundo Gamillo and Adam Brady also helped the Red Wolves on the goal line where Athen Hickman punched in the two-point conversion.  The Red Wolves got up 8-6 and would not look back.

With time waning in the second quarter Buena dropped back and threw an interception to Angel Gonzalez.  Gonzalez zigged and zagged on his way to the end zone to put the Red Wolves up 14-6 at the half.  “Angel had been seeing the ball really well in practice.  He is constantly laying out for the ball and is a leader for his teammates.  That is why I chose him to be our defensive captain.  The ball finds him and he knows what to do with it” said defensive coordinator Brian Armstrong.

Coming out of the half, the Freshmen Red Wolves had a lead and the momentum but it would not last long.  The offense spent much of the third quarter on the sideline as Buena ran the fullback dive enough to get a few first downs each drive.  Punter Joshua Rodriguez AKA “El Pollo Loco” would help the Red Wolves win the field position game.  Punt returner Sebastian Najar continued to return the ball to give the Red Wolves the better field position of the night.  “We spend a lot of time on specials.  Probably more than most teams” said special teams coach Phil Steele.  Today, it paid off.

In the fourth quarter, the Red Wolves continue to have trouble staying on the field.  The defense would have to bail out the offense for the rest of the game.  Up front for the Red Wolves was  Edmundo Gamillo, Reagan Ayun, Erik Lopez, Mac Mohler, Marcos Headley, Andrew Garcia.  Manning the linebacking corps was Fletcher Edwards,  Henry “Peaches” Eaton, RJ Ybarra, Christian Gallardo, and Daniel Novelo.  The DBS were Dylan Headrick, Angel Gonzalez, Jahme Dawson, and Sebastian Najar.  The defense proved worth their salt in this battle of wills.  Team tackling pouncing on turnovers and almost scoring twice is what kept the Walden Grove Freshman in business.

Defensive standout, Reagan Ayun, led the team in tackles for loss, fumble recoveries and even had an interception returned for 80 yards without scoring a Walden Grove freshman record for longest return without scoring.

Angel Gonzalez would get another pass from Mike Avelar for his third score of the night.
Walden Grove Freshman Football won the first game of the season.  They look forward to their first road game at Casa Grande High School on Thursday September 12, 2019.